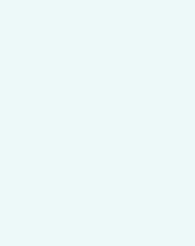 This policy explains the official position of LYSA with regard to players requesting to play up or down an age division from their calculated age division based on date of birth.

~ LYSA will for no reason allow a player to play down a division.

~ LYSA will allow players to play up one division only, if all criteria are met.

~ LYSA will for no reason allow players to play up two or more divisions.

Moving up an age division must always be in the best interest of the player before it will be allowed.

LYSA will comply with the age calendar as provided by the Board of Directors.

This age calendar will set the guidelines for all the divisions, U6—U19, which are run by LYSA.

The calendar shall take effect each January 1st , and shall be good for the entire Fall/Spring season. It will not expire or change until the following December 31st.

In the event a player has a birthday during the season, that player shall remain in the division which was determined as of August 1st of their enrolling season.  Aging up for the spring half of season shall only be allowed if all criteria to age up are met. Aging down a division is not an option and requests to this end will be automatically denied.

The age calendar will start in January 1st of each year, allowing those players who are 4 years of age to be eligible for the start of the fall season. If a player is not 4 years old as of January 1st and later turns 4 during the course of the year, they are still not eligible for the spring half of the season.

For no reason will any players be allowed to play at a younger division then their birth date dictates. In addition to creating an unfair and unsafe situation, this would also present insurance concerns as the SAFETY of younger players would be compromised and would void our insurance coverage for the affected players.

Aging up will not be encouraged, for it is typically not in the best interest of the players.

Aging up will be allowed only as long as the following criteria are met.

i. The division that the player is moved up to will be no more than one age division ahead of the player's current age determined division.No player shall age up, two seasons or more in advance.

ii. The player must show extraordinary talents that make the game unbalanced for the rest of the league.

iii. The player must show a level of mental, psychological, and emotional development which shows the player can handle the next division.

iv. The player's parents must request the move.

v. The player's current coach must be willing to vouch for these necessary physical skills & psychological maturity.

vi. The Coach Administrator (CA) must also vouch for the player's abilities.

viii. All information must be passed on to the Commissioner for final approval.

ix. After the Commissioner has made a decision, all parties involved will be informed and that decision will stand for one season.

x. If at any time the age up procedure does not pass the given criteria, then the process is stopped and the age up will not be allowed.

Proper Procedure for an Allowable Aging Up.

Parents must inform the player's coach of their desire to move the player up a division.Note: No player shall move down a division.

The coach must be willing to vouch for the player's abilities which would make the player a viable candidate for aging up.

The coach must inform the Coach Administrator of the parents wish to move the player up.

If the coach does not feel the player is ready to move up, this information will be shared with the Coach Administrator.

The Coach Administrator must then get a sense of the player's advanced skills by witnessing the player in practice or game situations.

If the Coach Administrator does not feel the player is ready to move up, the Coach Adminstrator stops the procedure at this point and informs all parties involved of the reasons for this decision.

If the Coach Administrator is willing to vouch for the player's ability, then the CA must inform the Registrar of the parent's intention to move the player up a division.

The Registrar will then verify the player's birth date, to see if the player is of eligible age to move to the desired division. Players may only move ahead if they are one season from natural advancement.

If at this time the player meets all the required criteria for aging up, the CA and the Registrar will notify the Commissioner of the parents request to move the player up one division.

The CA and Registrar will also give their findings in regard to age and skills of the player, as well as their personal opinions of the player at that time.

The Commissioner at this time may or may not contact the coach or the parents to get their opinions if more information is needed.

The Commissioner will have the final decision as to whether the age up request will be granted or not. This decision will take into account all information gathered to date and more importantly whether this move will be in the best interest for the player. It is the player's safety and fun that must be considered at all times. Our goal is to make this a SAFE, FUN, & FAIR place to play the game of soccer.

If the Commissioner decides against the move, all parties will be notified as to the reason this decision was made as soon as possible.

The final decision will stand for one season.

The decision made by the Commissioner is final. There is no appeal process and no time will be allowed for the discussion of individual cases at board meetings.  However, as in all aspects of LYSA management, this overall policy of aging up and aging down is open for discussion at any board meeting by any constituent of LYSA's membership.

Last update April 12, 2008; reviewed every year at the annual Board of Directors meeting.